Coming out the other side from COVID-19 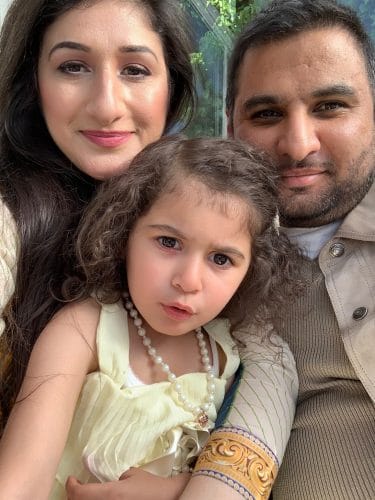 Farhan Narwaz had had less than a year to get used to relying on dialysis to survive when he contracted COVID-19. Despite his best preparations, the 34 year old pharmacist from Sutton Coldfield caught the virus from his wife and spent 23 days in hospital as a result.

Twelve months earlier Farhan’s kidney failure had hit him like a bolt from the blue. He was speaking with his GP about excruciating leg cramps when he discovered his three minute walk to work was leaving him worryingly breathless. Investigations into his lungs showed nothing, so there was confusion when an ambulance turned up on his doorstep at 11.30pm one night.

No, the emergency services weren’t here for his elderly neighbours; the blood tests Farhan had had earlier that day had shown his kidney function had completely crashed, he had to go straight to hospital. Kidney disease hadn’t even been on his radar:

“Many people in my profession neglect renal disease – to be honest, I’d neglected it as well, so it was a complete shock” he confessed. “I had my biopsy and the doctor said it was irreversible and I got a bit emotional, which is not me! I don’t show my emotions very often.”

It had been a tough journey on dialysis. “I’d been nauseous and throwing up, I had extreme tiredness and my skin was an absolute mess. In the end I had a fistula.” The fistula hasn’t yet fully formed and he’s still having problems with access.

Farhan had been keeping a careful watch on the spread of COVID-19 as it crept across the globe, understanding the risks as a dialysis patient. Living with his wife Tanzeela, their daughter Safoora, his mother and brothers, the household got organised with provisions and supplies of sanitiser.

“When it reached the UK I decided to stop working. Even my boss rang me to say it was better if I didn’t come in any more.”

Unfortunately, it was just three days after his wife started displaying cold-like symptoms that Farhan started to be affected, shivering while he had his dialysis. He was given antibiotics to treat a suspected infection in his chestline, but three days later his COVID test came back positive.

“I wasn’t in a good state,” he said. “The most extreme thing was the tiredness, I found it really difficult to walk and my appetite had gone. I couldn’t even face my favourite breakfast of a piece of toast and an egg, it didn’t taste of anything.”

His brother had bought an oxygen meter and when the reading suggested he needed additional oxygen, he reluctantly called an ambulance. In hospital, Farhan was fighting the infection and having to continue his dialysis regime.

“My breathing did deteriorate, I couldn’t string a sentence together without coughing. The tiredness I can’t describe. Even pealing the seal from a sandwich wrapper was difficult. I had this conversation with my wife later on about did you think about dying, I said no I was too tired to think about dying!

“It was almost a month before I saw my little one, that was really hard. No family could visit. Then I recognised the part of the hospital where I was and my daughter came to visit me, standing where I could see her outside the window. I thought I’m getting better just to see her, it gave me that 50 per cent extra lift.

“When I found out I was well enough to go home it was joyous.” 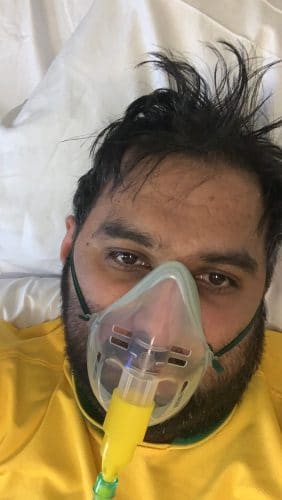 Recovery was – and still is – slow, it was another two weeks before he could walk up the stairs

“I was just happy to come home,” he said. “I’ve had friends whose family members have passed away from this. I always think there’s someone who’s worse off than you are. I’ve still got my family. I’m feeling massively relieved to be out the other side.”

“Yes, I was in hospital for a month, but it’s just part and parcel of having renal disease. I’ve had pneumonia before. In my mind I have to expect it, once a year I might need to go into hospital.”

This steely resolve comes with a desire for the situation to improve through research. “I know others haven’t been as lucky as me, I think three out of the 36 patients in my dialysis unit have passed away who probably wouldn’t have done otherwise.

“I think it’s absolutely essential that a trial to help protect kidney patients from COVID-19 takes place. And as kidney patients we should be more active as well, finding good information, not misinformation, and stepping forward to take part in research where we can.”