In the UK today, over 70,000 people are either on dialysis or have received a kidney transplant. But 60 years ago the medical profession was highly sceptical of these fledgling innovations – and the pioneering renal teams who championed them.

Here, some of the individuals who helped to shape and develop modern kidney care share memories of the path to progress.

Early renal teams were often viewed with suspicion by other medical departments because they worked differently, often rejecting traditional conventions. They involved kidney patients in decision making and were the first to develop nurse-led services.

“From very early on we did things differently. We asked our nurses to do a tremendous numbers of things, not just in the dialysis unit, but also on the ward as well. I think we were regarded as thoroughly horrible by a number of people. We had sharp elbows, we occupied space and we took over. We grew ferocious! We ran the renal units as a large family, including the patients. Many non-renal clinicians felt that it was quite wrong and unethical even, to involve patients with the burden of deciding what might be best for them.” Professor Stewart Cameron

“We were the first type of nurses to be given that level of responsibility. Now there are many nurse-led services and nurse consultants in in variety of specialties, but it did all start in renal. It was also the first time I’d worked in a situation where the patient was an equal. Renal patients had to do things for themselves, otherwise, they wouldn't have survived. And they became partners, friends and colleagues.” Sally Taber

“More than 40 years on I am still in contact with some of my patients. These were lifelong commitments.” Professor Sir Cyril Chantler

The 1950s and 60s was a time of great innovation when the first bulky dialysis machines and the beginnings of renal transplantation began to offer hope to kidney patients. However, life on early dialysis was very hard and in 1969-70 deadly outbreaks of hepatitis B, which claimed the lives of hospital staff and patients, threatened the permanent closure of renal units. But teams persevered, developed new ways of working and accelerated the rollout of home haemodialysis.

“It was a fascinating time – a time of excitement, seeing chronic renal failure reversed by transplantation and by dialysis. And the patients were very courageous; they knew they were in new worlds.” Professor Sir Netar Mallick

“After the hepatitis outbreak some people in the rest of the hospital thought that the programme should come to an end. But the renal unit went on and that was mainly due to our Senior Sister who had a tremendous capacity for keeping cool and keeping the morale of the nurses up.” Dr Anne Lambie

Sometimes nephrologists had to take matters into their own hands to force change. Professor Sir Cyril Chantler recalls how he went public in the 1980s to force the Government into funding a nationwide dialysis and transplant service for children.

“I can remember appearing on Panorama with a little clip saying, ‘we can treat children in renal failure, but the Government is not prepared to pay for it’. Which didn’t make me very popular, but that's what we did.” Professor Sir Cyril Chantler

Looking back over their careers, all our pioneers are agreed that their determination and inspiration came from the bravery and resilience of their patients.

“I feel so proud to have been involved in the early days. A lot of the progress we witnessed was down to the resilience of patients – to actually go through all that they did, and still say, ‘life is well worth living, let's keep going with it’.”

"Now there are many nurse-led services and nurse consultants in a variety of specialties, but it did all start in renal. It was also the first time I’d worked in a situation where the patient was an equal. Renal patients had to do things for themselves, otherwise, they wouldn’t have survived." Sally Taber

Celebrated nephrologist Professor Stewart Cameron CBE, FRCP spent the majority of this career at Guy's Hospital and King's College Medical School, where he helped to develop kidney dialysis and transplantation.

Accomplished renal clinician and researcher Dr Anne Lambie began her medical training at just 16 in 1945 and was based in Edinburgh for the majority of her career. She witnessed dialysis and kidney transplantation in its infancy. A committed teacher, she later helped to reform the curriculum for trainee doctors.

Paediatric nephrologist Professor Sir Cyril Chantler GBE trained at Guy’s, Hammersmith and Great Ormond Street hospitals. While at Guy’s, he helped to devise a method of measurement of kidney function in children. He later researched diet and growth failure in children with renal impairment, helping to establish paediatric nephrology as a clinical specialty.

As a student nurse, Sally Taber cared for some of the UK’s first dialysis and transplant patients, becoming (arguably) the UK’s first transplant coordinator. She helped to establish the European Dialysis and Transplant Nurse Association and was instrumental in the development of the Transplant Games. She was president, open section, of the Royal Society of Medicine and was chair of trustees at Kidney Care UK. 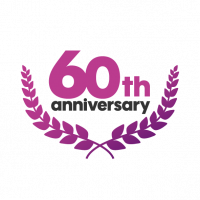